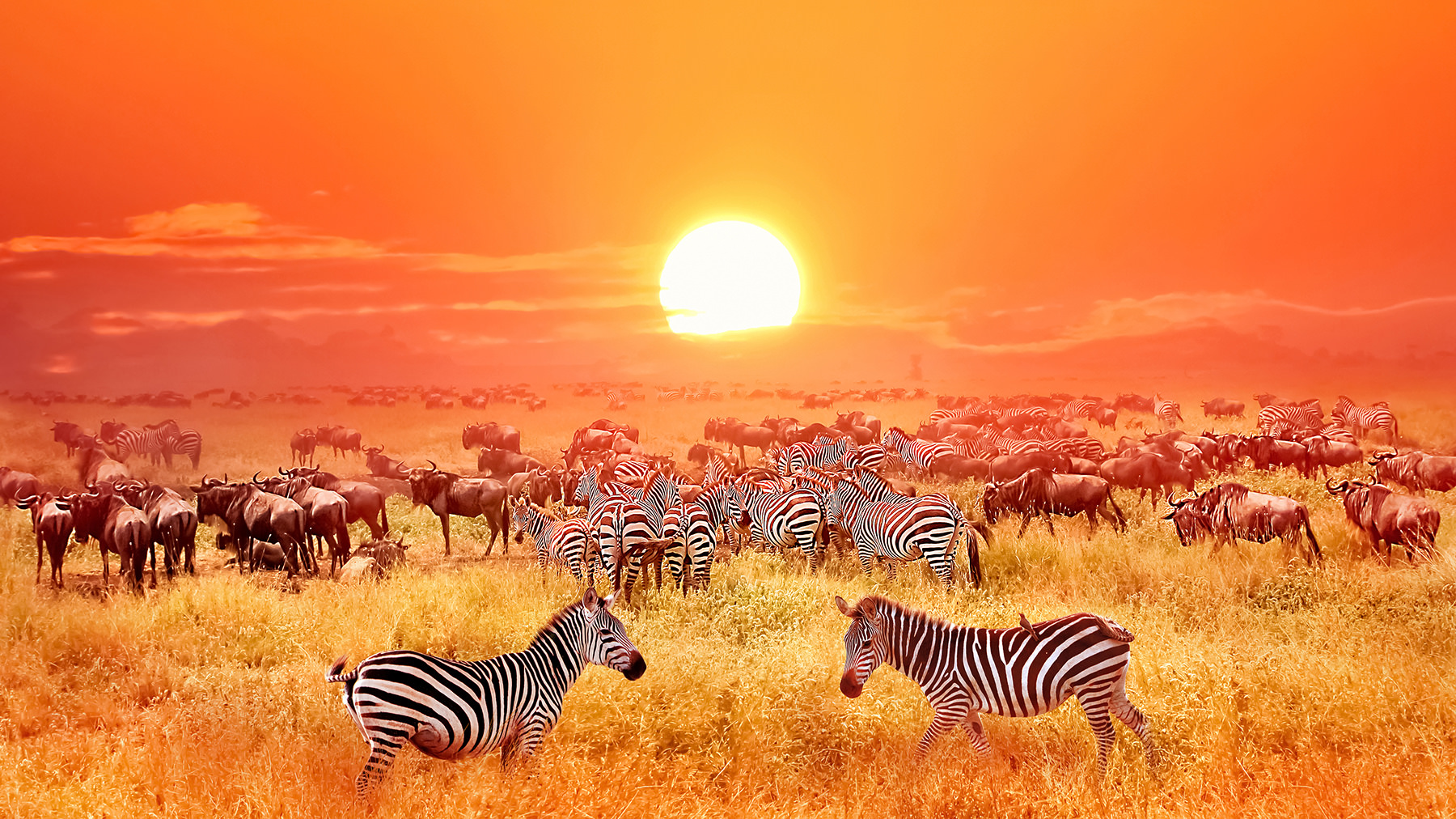 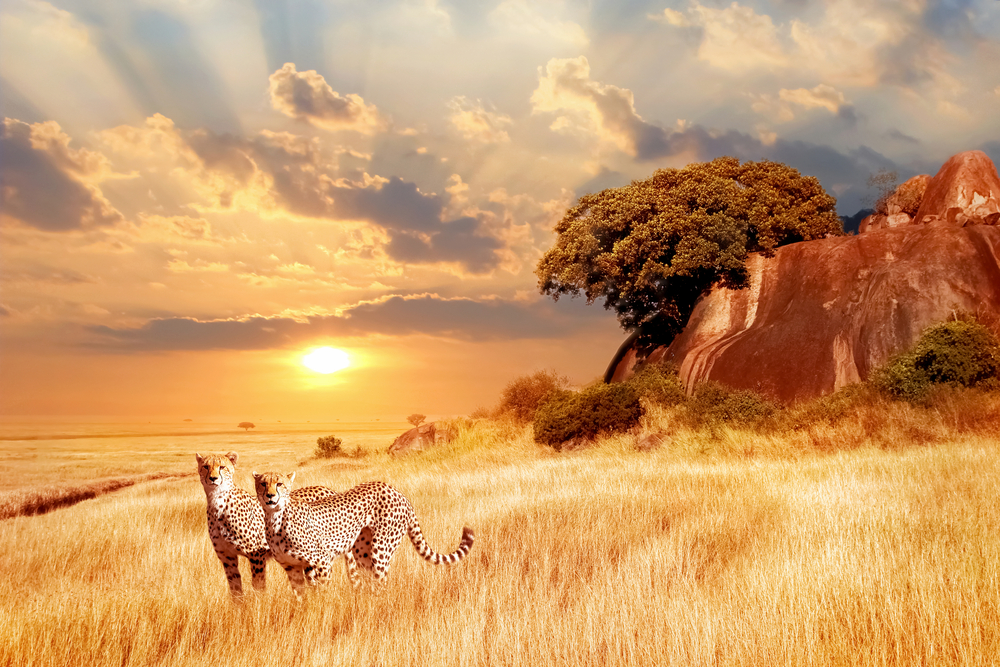 Experience the 8th wonder of the world, capture unforgettable wildlife, and catch a rare glimpse into the lives of the world’s most ancient tribes in this once-in-a-lifetime trip.

Take your passion for photography to one of the most pristine wildernesses in the world. See wildlife in its natural habitat, including lions, rhinos, flamingoes, elephants, buffaloes, hippos, crocodiles, and wild dogs. Capture the majesty of such world-renowned places as Serengeti National Park and the world’s largest volcanic crater. You’ll even be among the rare few to have an opportunity to spend a day in a Maasai village—a privilege accorded to very few tourists, but made possible by our local connections.

With the help of our expert photography instructor, you’ll learn the skills you need to make the most of this experience, by capturing memories that will last forever.

Tanzania is home to the most stunning spectacle of wildlife on the planet. The beautiful national parks of Serengeti and Ngorongoro Crater are unique in the world for their vast expanses of unspoiled nature, which some two million large mammals call home.

In addition to the animals, Tanzania is also home to several tribes who have managed to keep their traditional way of life unchanged by modernity. You will have the rare opportunity to meet three such tribes, all with very different but equally fascinating ways of life. This is truly a unique opportunity to explore humanity’s roots and appreciate the diversity of the human experience.

Not only will you go home with images to be proud of, but you will also be able to use your new skills to improve and expand your photographic technique when you return home. Apart from the technical aspect of learning your camera capabilities, you will learn how to turn an ordinary image into an extraordinary image by using your own creativity. 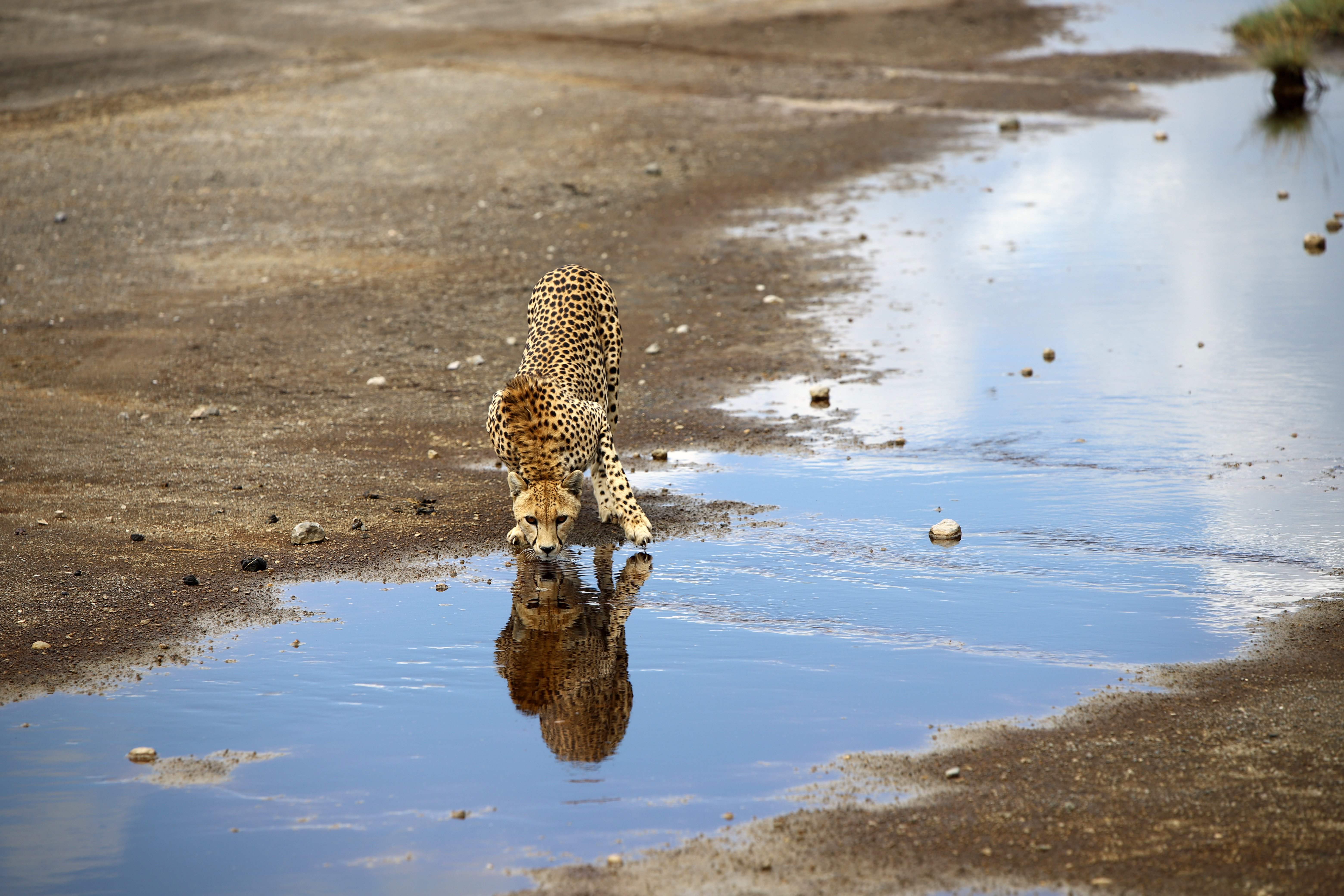 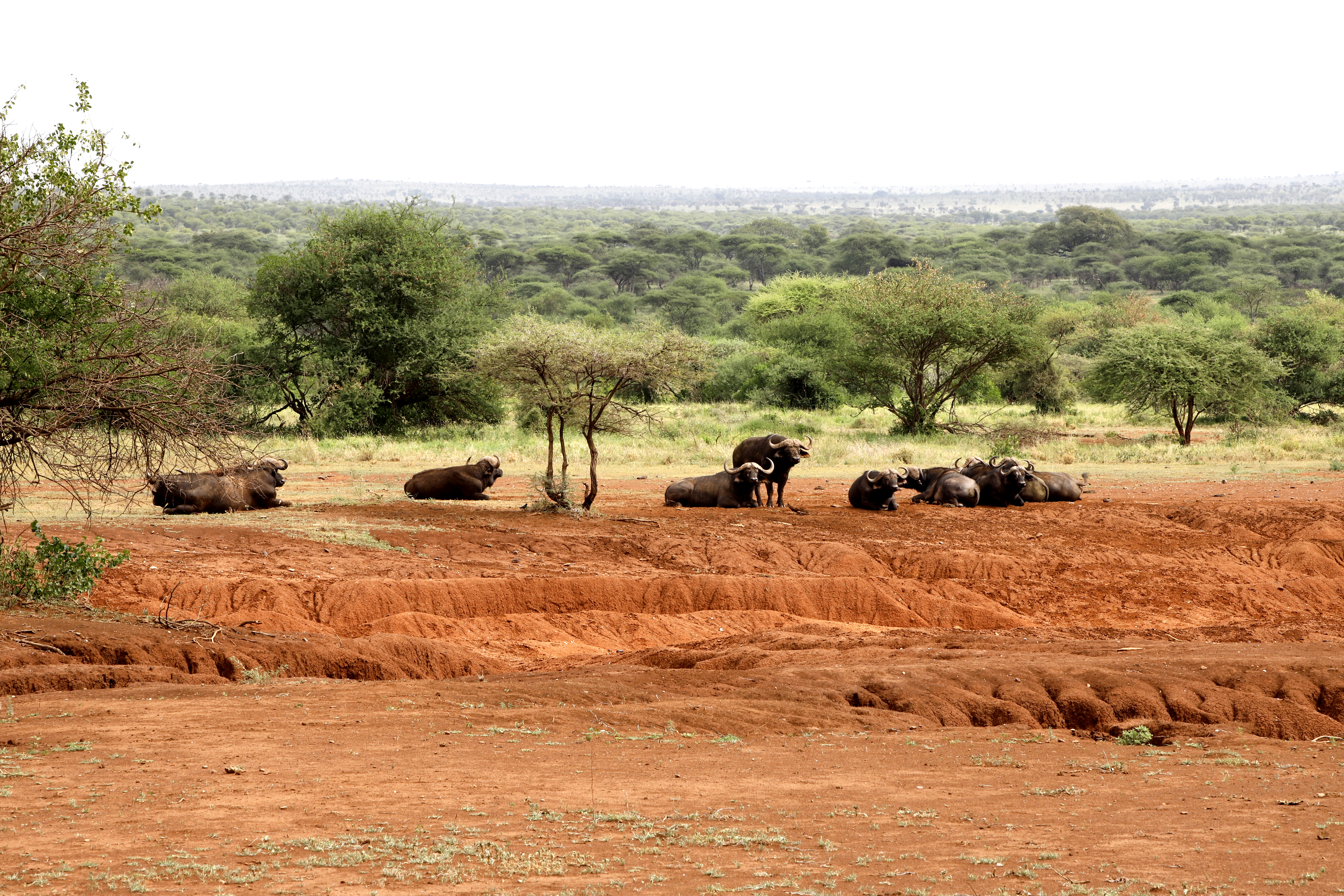 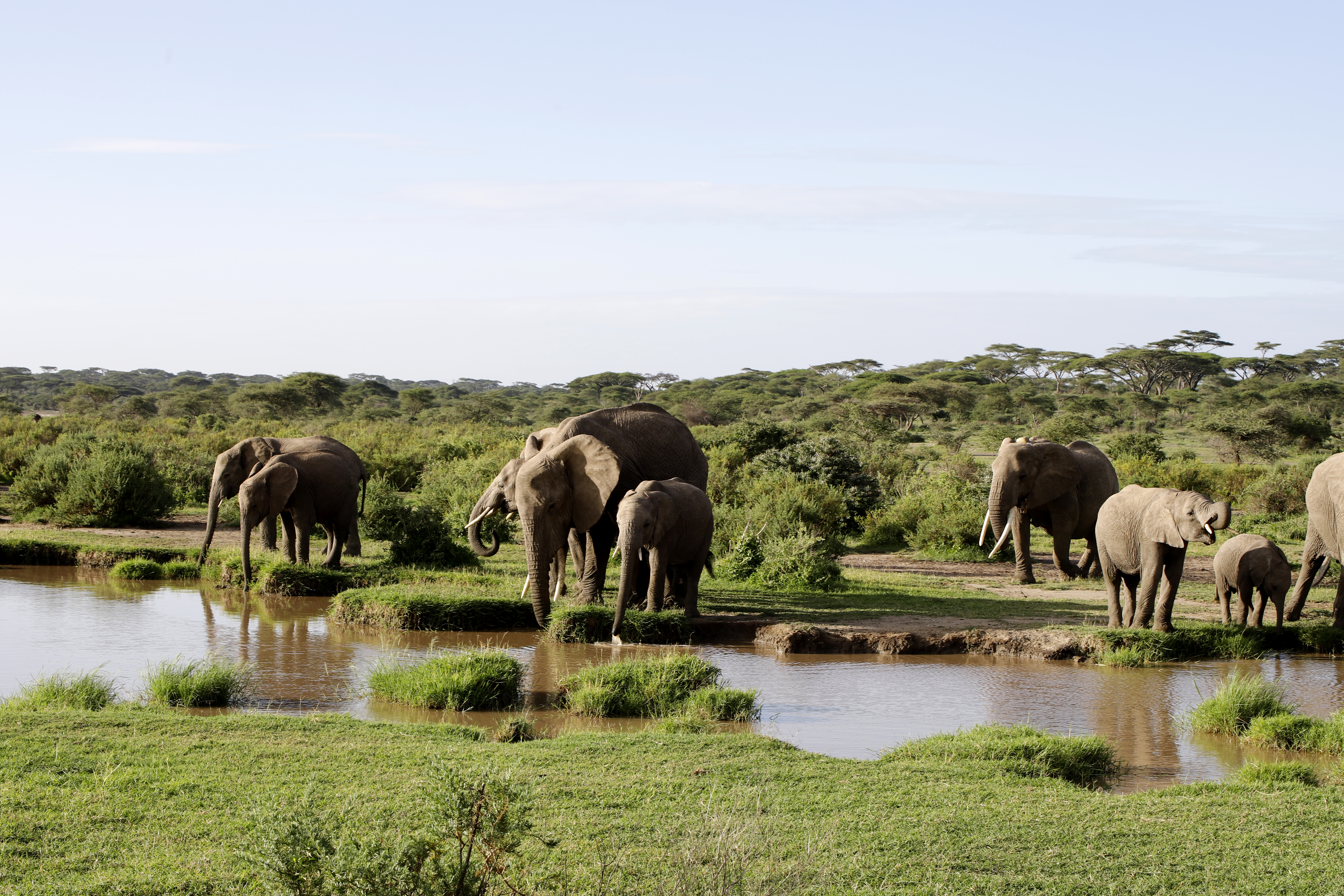 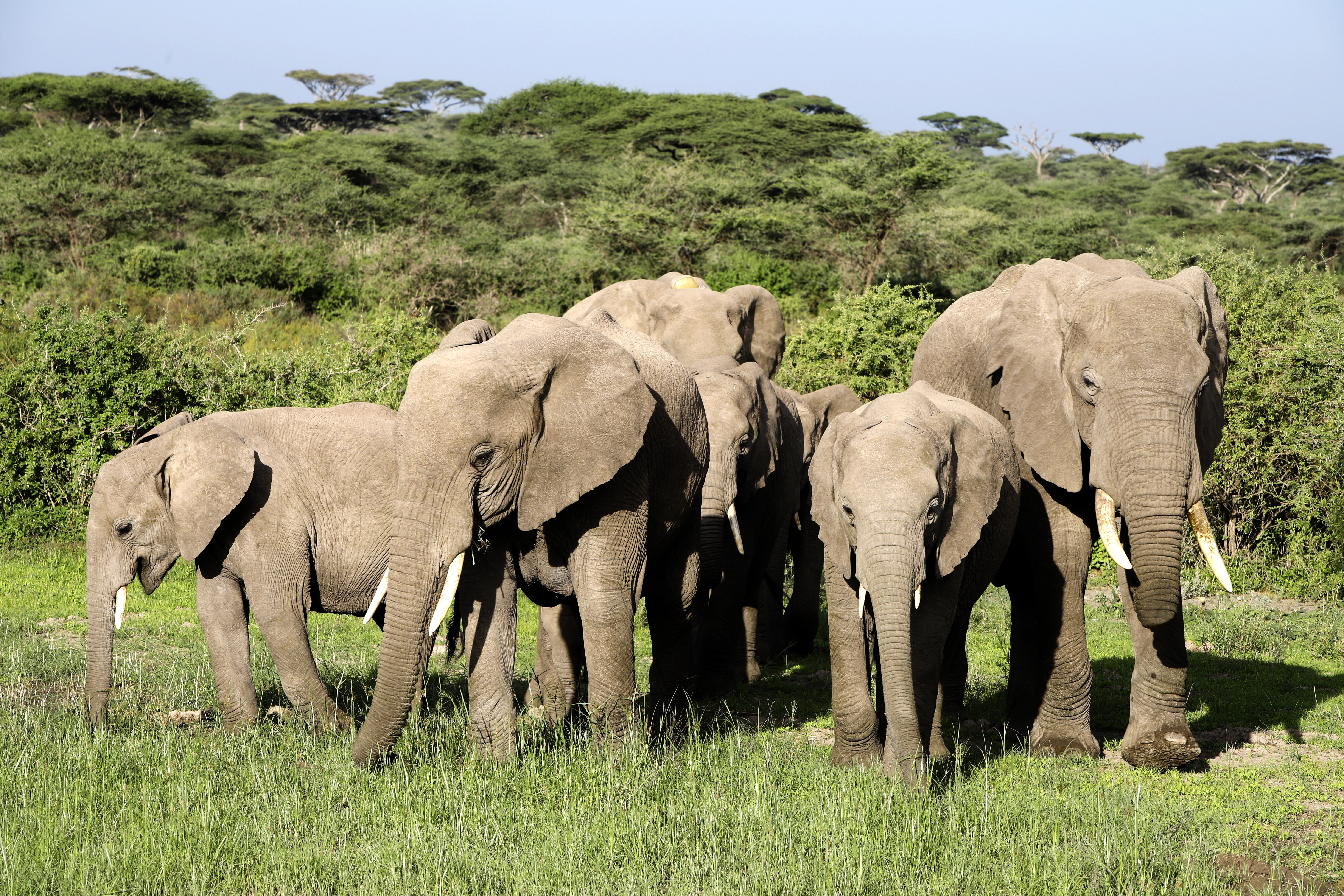 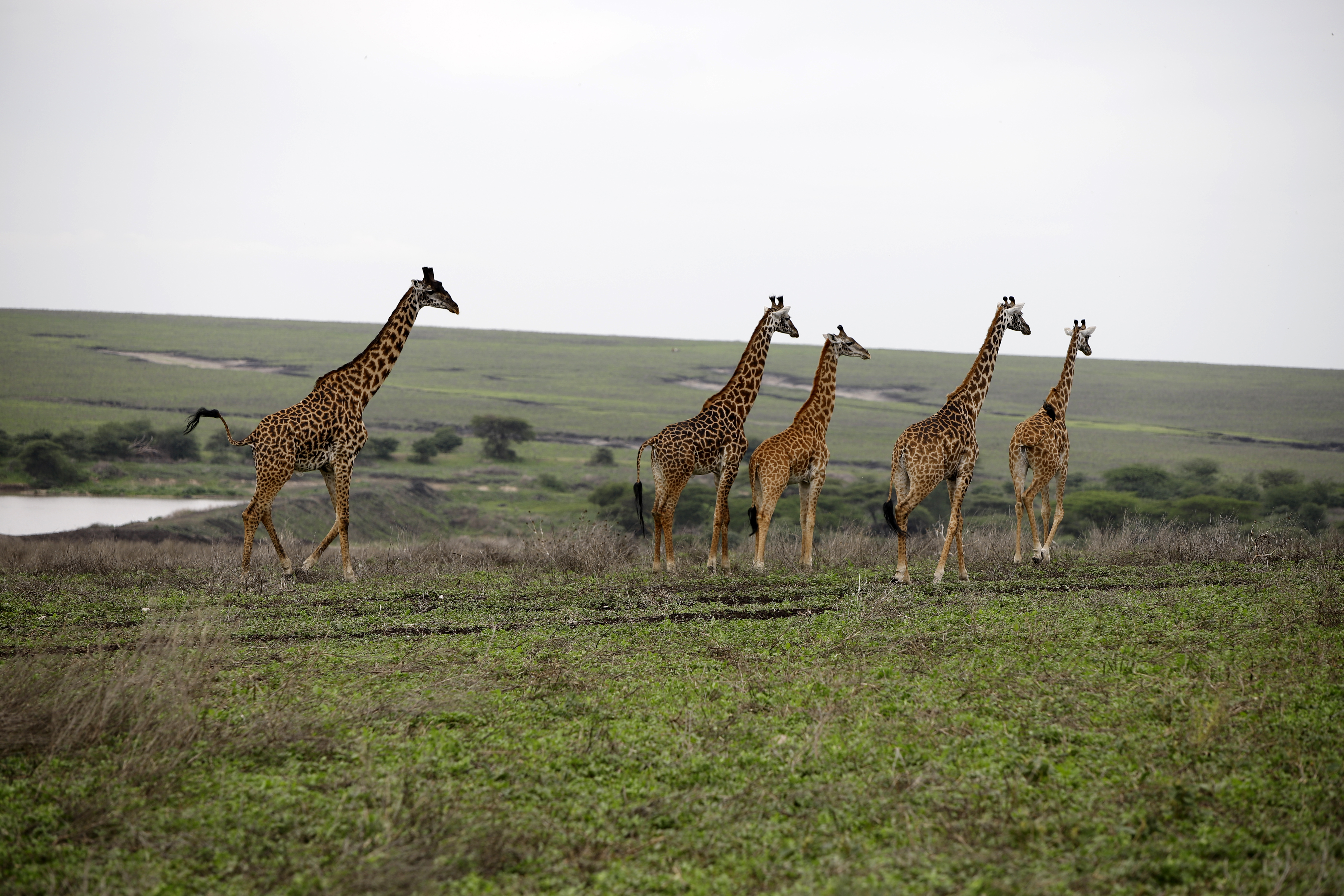 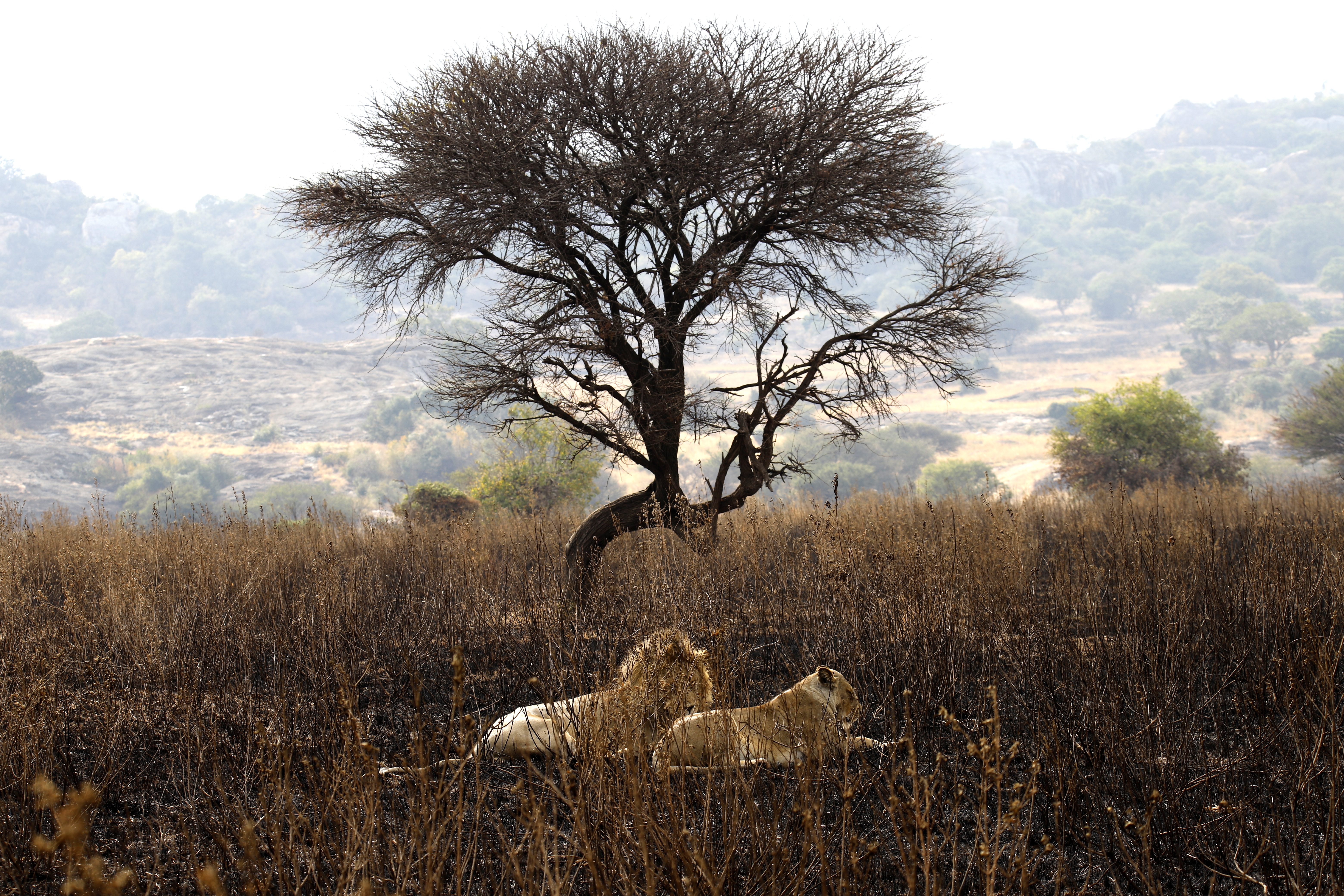 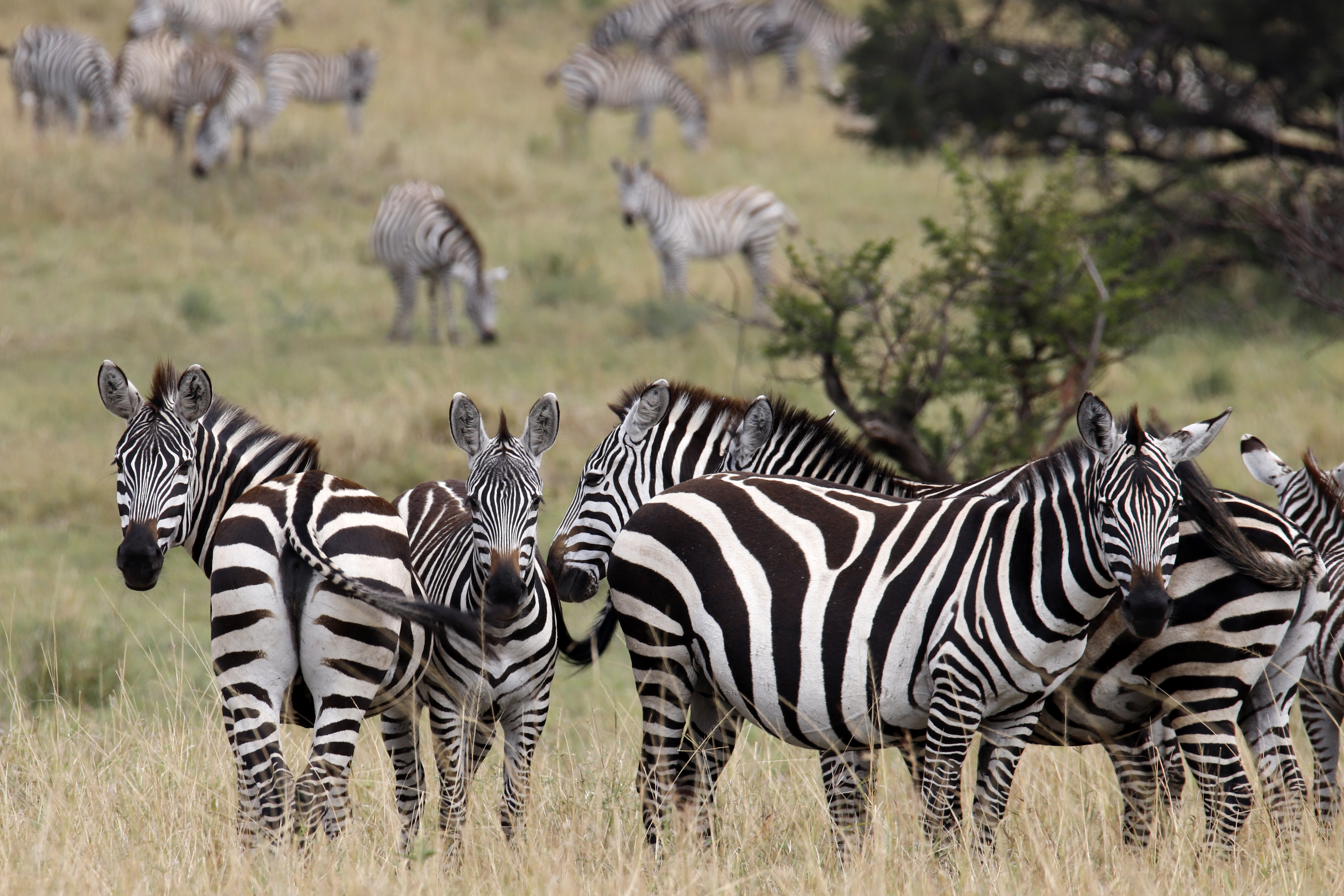 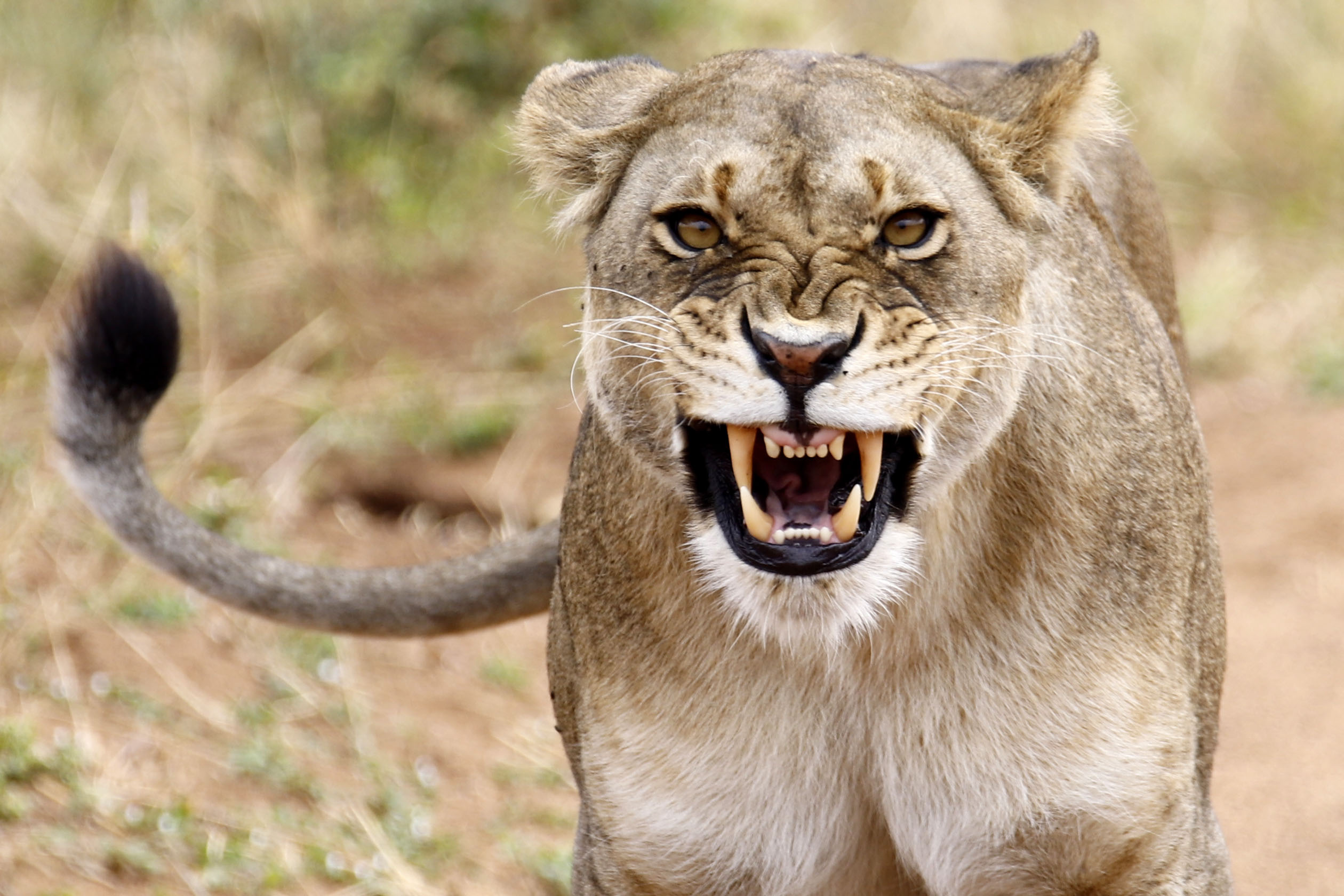 The program at a glance:

Fly from Switzerland to Tanzania. Arrive at Kilimanjaro airport, go through customs, and obtain your visa. Your driver and guide will welcome you at the airport. You will then be driven to your hotel in Arusha for the night.

After breakfast, your safari starts. You will drive through the city of Arusha, heading to Tarangire National Park, where you’ll spend the day looking for the Big 5: lion, leopard, rhinoceros, elephant, and Cape buffalo. Enjoy dinner and a good night’s sleep at a lovely tented camp close to Lake Burunge, where you will be staying 2 nights. In the early hours of your first morning at Lake Burunge, you will go for a walking safari by the lake, and then spend the day in Tarangire. After the Serengeti, Tarangire has the greatest concentration of wildlife in Tanzania, and in the dry season, the Tarangire River is a magnet for thirsty wildlife. Tarangire is also known for its spectacular baobab trees, and its breathtaking views of the Masaai Steppe and the mountains to the south.

This day will be dedicated to your safari in Lake Manyara National park. Lake Manyara National Park offers breathtaking views of surprising biodiversity. This small park is home to 400 species of birds, and the largest concentration of baboons anywhere in the world. Other species include giraffes, zebras, wildebeest, impala, waterbuck, warthog, the Cape clawless otter, and Egyptian mongoose. Don’t miss the opportunity to see thousands of flamingos on the lake, the renowned tree-climbing lions, and large families of elephants strolling through the forest.

Mid-afternoon, accompanied by a guide from the Tourism Office, you will visit the village of Mto wa Mbu, and see the life of a local by visiting rice fields, banana plantations, and even a school. Then you will head towards Lake Eyasi, your home for the next two nights.

this adventurous day is dedicated to discovering two ancient tribes of Tanzania. In the early hours of the morning after an early breakfast, you will go hunting with the people from the Hazabe tribe. They are the direct ancestors of the very first human beings, who took their first steps right here along the Rift Valley about two hundred thousand years ago. Their way of life has remained unchanged over the millennia and they live in small wandering groups of about twenty individuals. Be ready! These hunter-gatherers are agile, fast and will surprise you on many accounts. This will be a unique and memorable moment facilitated by the support of a capable translator.

Then, you will visit the people from the Datoga tribe. Skilled craftsmen, the Datoga people have mastered the art of making arrowheads and jewelry. We will visit with people from this pastoral tribe and learn about their ancient way of life, which centers around farming.

After breakfast, you’ll leave the region of lake Eyasi to head back on safari at the crater of Ngorongoro, a World Heritage Site often called Africa’s “8th wonder of the world.” You’ll have dinner and spend the night at a lodge on the crater rim.

Formed 2.5 million years ago when an extinct volcano collapsed on itself, Ngorongoro is the largest intact volcanic caldera in the world. Today, this UNESCO World Heritage Site is home to over 25,000 large animals, including the highest density of lions in the world as well as many critically endangered black rhinos. You can look forward to spotting the world-renowned Big Five and a host of other wildlife species including large herds of zebra and wildebeest. Ngorongoro is one of the best tourist attractions in Africa.

Wake up early to make the most of the breathtaking sunrise over the Ngorongoro crater as we prepare to make the most of another adventurous day. After a good breakfast, we will spend most of the day in an authentic Maasai village inside the Ngorongoro conservation area. There, they will prepare a goat BBQ for you, which you will share with them the Maasai way. You will undoubtedly enjoy the true Maasai atmosphere in a village that only receives our visitors. Then, mid-afternoon, you will head to the incredible Serengeti National Park.

Wake up early to take the best possible shots of the surrounding animals at sunrise. Then back to The Whisper for breakfast and rest. Your safari resumes along with the activity of the animals: from mid-afternoon until sunset.

Serengeti national park (along with Kenya’s contiguous Masai Mara Game Park) is Africa’s most famous wildlife park. The sweeping vistas of acacia trees on an endless grass plain epitomises Africa for many. The annual wildebeest migration through the Serengeti and the Masai Mara is the largest mass movement of land mammals on the planet. But that is not where the game viewing ends; you may have the opportunity to photograph large prides of lions, elephants and giraffes in grasslands, gazelles and eland, among other magnificient creatures.

Early in the morning, national park ranger will meet us at our camp and lead us on a walking safari through the Serengeti: a breathtaking and moving experience. We will spend the rest of the day on safari, coming back to The Whisper for bush fire and dinner.

We will spend another full day on safari, this time heading north towards Lake Natron and seeing the stunning Engare Sero waterfalls.

Lake Natron, fed by mineral-rich hot springs, is less than three meters deep. High levels of evaporation leave loads of salt and minerals behind; the volcanic carbonate colours the water a striking red. The temperature can reach up to 50 degrees Celsius. All of this makes it a perfect breeding ground for the endangered Lesser Flamingo. However, it is known as the deadliest lake in the country, as the high sodium carbonate level in the water is known to calcify and petrify wildlife who get too close.

In the morning, you will take a walk by Lake Natron, where you will be able to admire a great number of pink flamingoes. Then, you will hike alongside the river that runs from Ol Doinyo Lengai volcano through beautiful terrain including rugged mountains, grassy plains, and stunning gorges, until you reach an impressive waterfall, where you will enjoy the warm and crystalline waters.

Leaving the plains of Lake Natron behind, you will be driven back to Arusha, either for your flight to Zanzibar or to catch your return flight to Europe.

Please note: This itinerary is subject to change depending on weather conditions, light quality and unexpected delays. For example if there is a great location with great light, we stay longer. We ask that you put your faith in the experience of our guides and tutors, who occasionally choose to slightly alter the program to ensure you have the best possible experience. 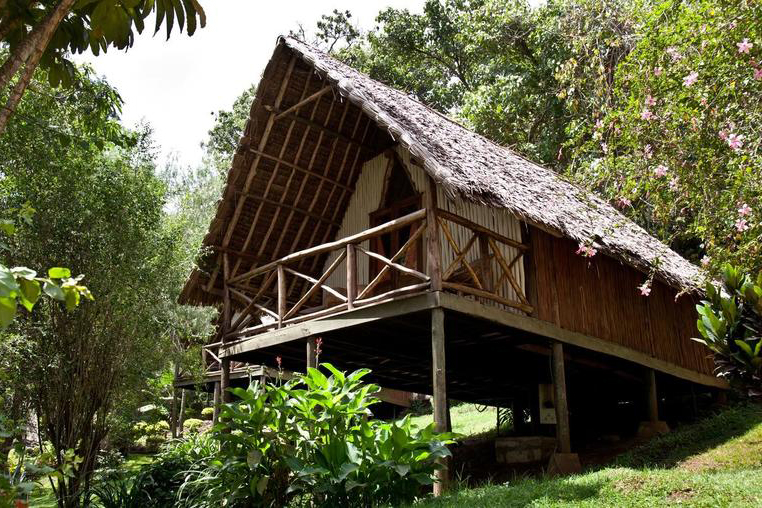 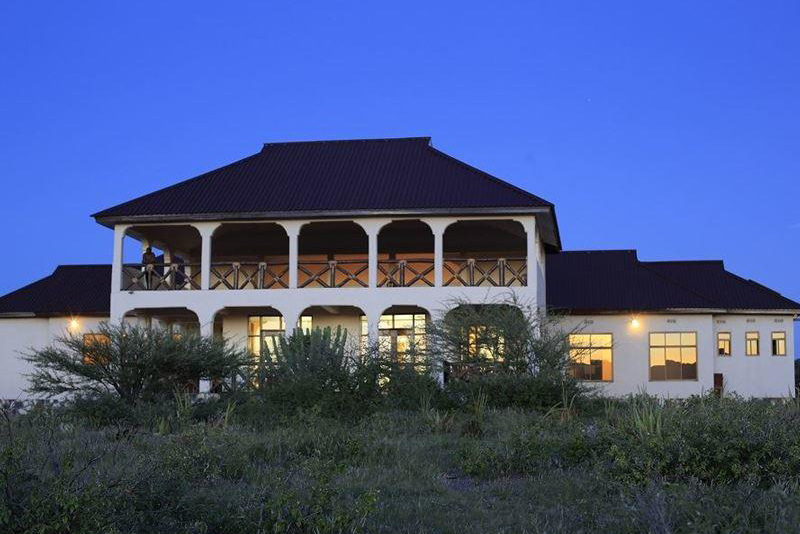 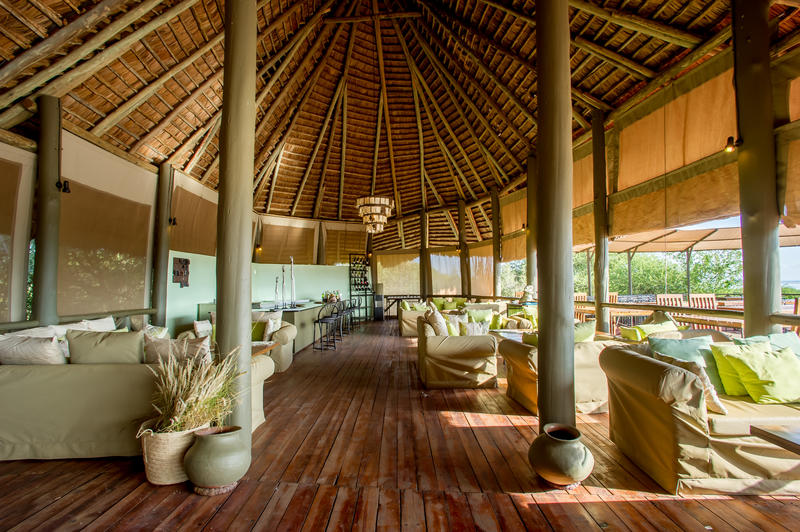 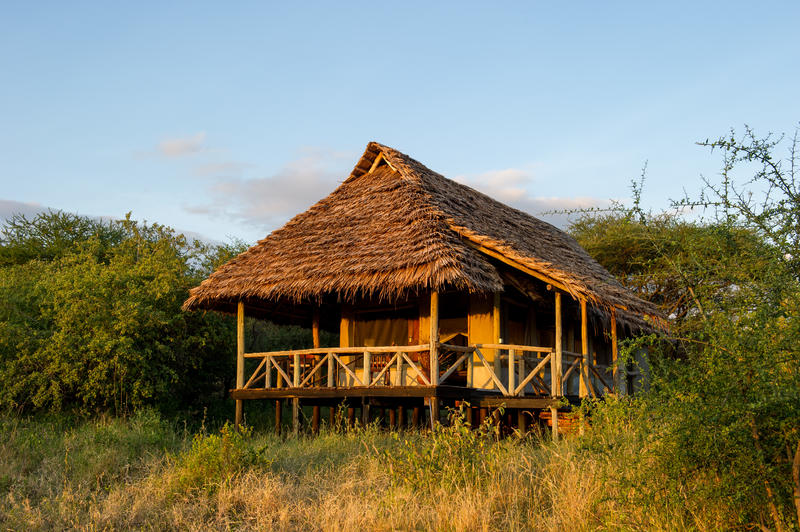 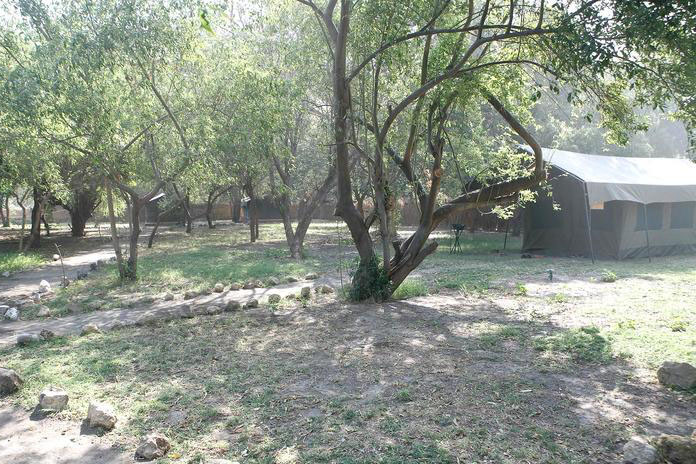 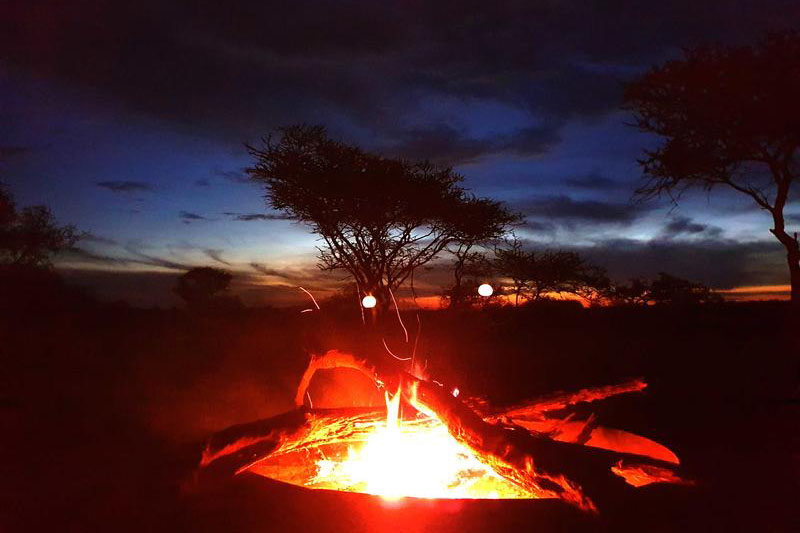 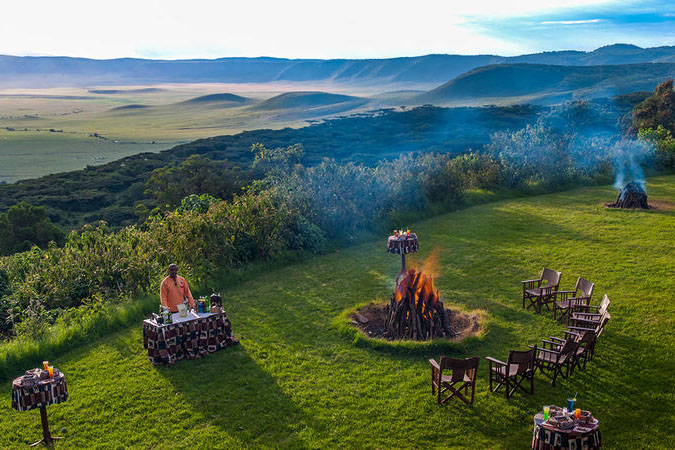 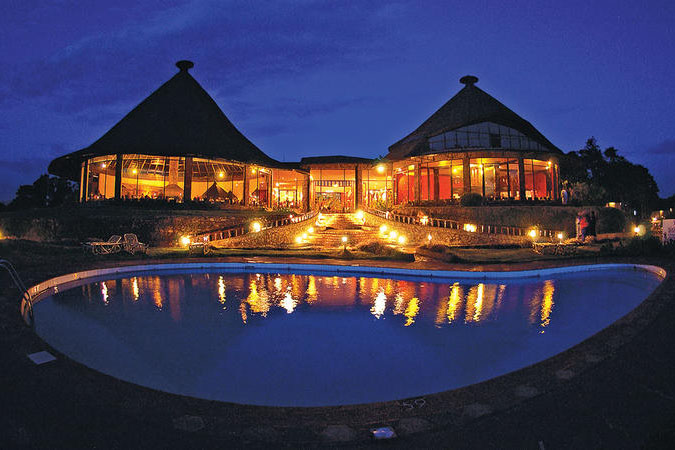 As we travel around Tanzania, our accommodation is part of the adventure. We will stay as close as possible to the photography hot spots that will enable us to take advantage of our picturesque surroundings.

Karama Lodge & Spa: Lodging:
Karama Lodge & Spa is an Eco-friendly lodge located in Arusha, Tanzania. Guests can sit on the spacious open deck and enjoy a cool beer, a glass of wine, spirits or a fresh fruit juice while taking in the breathtaking views of Mt Kilimanjaro, Mt Meru and the wooded valleys below. Karama Lodge is situated at the top of the lush and serene Suye Hill. It is a unique lodge with a rustic, yet comfortable ambiance providing a relaxed atmosphere.

Lake Eyasi Safari Lodge: Located on a gentle slope overlooking the lake, Lake Eyasi Safari Lodge offers stunning views over the seasonal lake and up to the Ngorongoro Conservation Area. All 14 spacious rooms scattered across the vast property are tastefully furnished with great attention to detail. The décor blends elements from the surrounding landscape with modern comfort, and each room includes a private veranda overlooking the lake.

Ngorongoro Sopa Lodge: Perched alone on the edge of the Ngorongoro Crater, the magnificent Ngorongoro Sopa Lodge has its own private road to the crater floor. Its location offers awe-inspiring views over the crater and some of the most breathtaking sunsets to be seen in Tanzania. Each suite has a private lounge with mini-bar, en-suite bathroom, central heating and a private solarium. The Lodge has telephone facilities, satellite TV, a conference room, and a swimming pool situated on the very edge of the rim.

The Whisper: The Whisper offers an intimate camp with 6 large Guest